Together, we made a big impact.

Together, we made a big impact.

While Ash did not get elected to the AGL Board, the impact of his campaign was clearly felt. Together with everyone who supported him, Ash shone a major public spotlight on AGL and their dirty pollution, and forced the AGL Board to admit that they don’t have the expertise and skills to deal with the huge energy transition underway.

They have now committed to appointing skilled climate experts to the Board.

"This push to become a Director of AGL has given me more hope than ever. It showed me that by standing up for climate action and speaking truth to power that we can cut through and alter the dirty path of even Australia’s worst polluters. It showed that together we are powerful. That we can do this. That we can make a better world for my generation and all of those to come."

- Ashjayeen Sharif, nominee for the AGL Board of Directors

Join our campaign to get AGL to quit coal.

Fill in your details to stay up-to-date on the latest ways to take action.

And be sure to let us know if you’re an AGL customer or an AGL staff member. We’ll let you know how you can use your position of influence within AGL to force change and make a difference.

By supporting this campaign you give permission for Greenpeace Australia Pacific to contact you.

A candidate for the climate and for shareholders

Transitioning from coal to renewables isn't just good for the environment, it's also good for shareholders. As a director, Ash will be working for the best interests of both.

Fighting for a safer climate

The rapid phase-out of coal power stations is crucial to avoiding devastating climate change. As Australia’s largest emitter of carbon pollution, AGL holds a responsibility to rapidly reduce emissions and phase out coal. A responsibility they have so far ignored.

As a director Ash will fight to ensure AGL transitions to 100% renewable electricity, while looking after their workers in the process.

Cheap renewable energy is making up a rapidly increasing share of Australia’s electricity market, and it’s growing every day. Meanwhile, coal is becoming less and less profitable. Yet somehow, the AGL is STILL refusing to give it up.

As a director, Ash will ensure AGL capitalises on the renewable energy revolution and becomes a more profitable and sustainable business in the process.

Ash was born in Bangladesh and raised in Sydney, Brisbane and Melbourne. He’s now studying for a Bachelor of Arts at Melbourne University.

Ash has been an active leader in the School Strike for Climate movement. Like most young people, he cares deeply about climate action because he cares for people and wants to live on a healthy, thriving planet. He believes AGL, as Australia’s largest electricity company, has a crucial role to play in Australia’s climate solution. 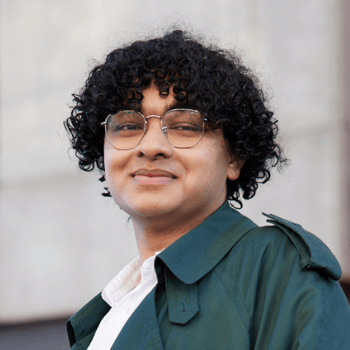 Are you an AGL shareholder?

As a shareholder, you have the opportunity to vote ahead of AGL’s Annual General Meeting on 22 September.

This is your chance to make a real difference at AGL and do the right thing by young people like Ash, to ensure they have a safe climate future to grow up in.

If you are an AGL shareholder, voting is simple. Visit https://www.investorvote.com.au before 20 September to cast your votes.

You'll need your 'Control Number' to login, which you should have received in the mail or via email from AGL. If you haven't received it email aglenergy@computershare.com.au or call 1800 824 513. 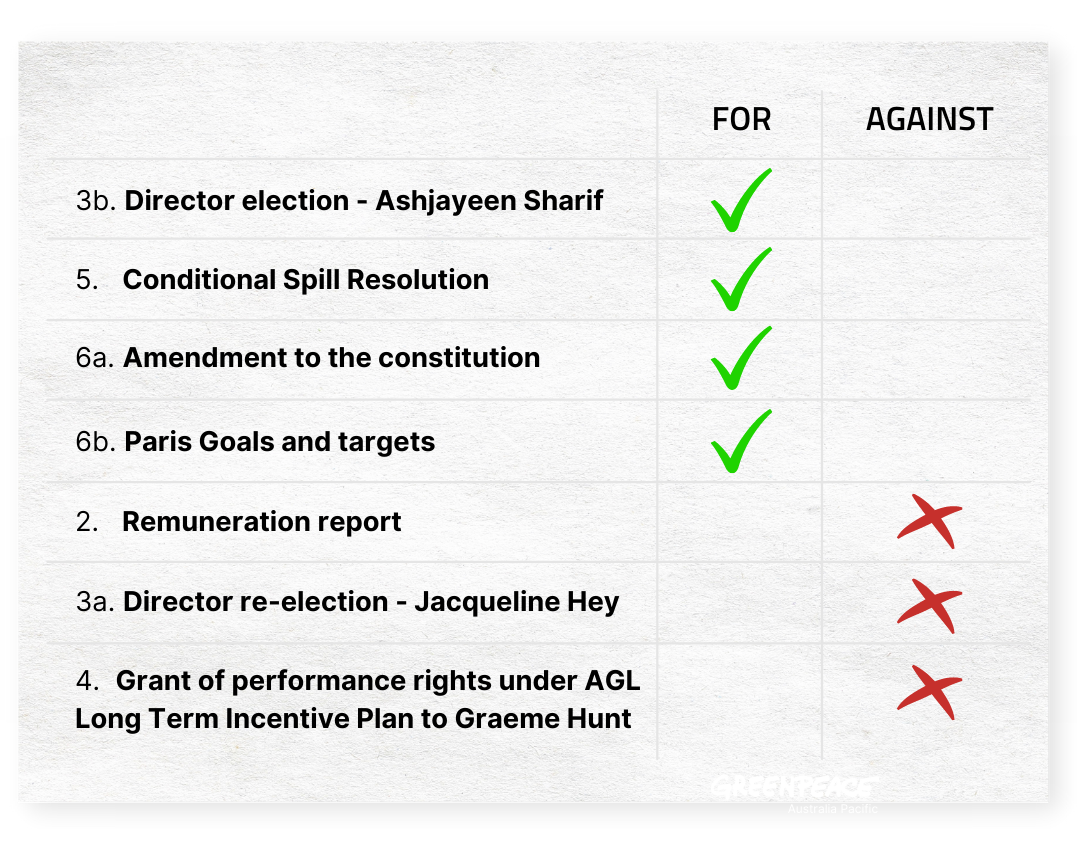